Samurai are icons of Japanese culture—inspiring movies, manga, and myths—but who were they really?

Dating back to the feudal era, samurai first began as armed imperial guards, but would later be regarded as one of Japan’s highest social castes. Also known as “warrior nobility,” samurai were part of Japan’s ruling class for over five centuries.

What’s more, samurai are still relevant today, appearing in anime, comics, movies, novels, video games, etc. Known for their iconic armor, katana (samurai sword), and swift fighting style, as well as their disciplined way of life, samurai are as recognizable as they are popular.

Learn more about the history, traditions, and myths associated with these iconic Japanese warriors in this guide to all things samurai. 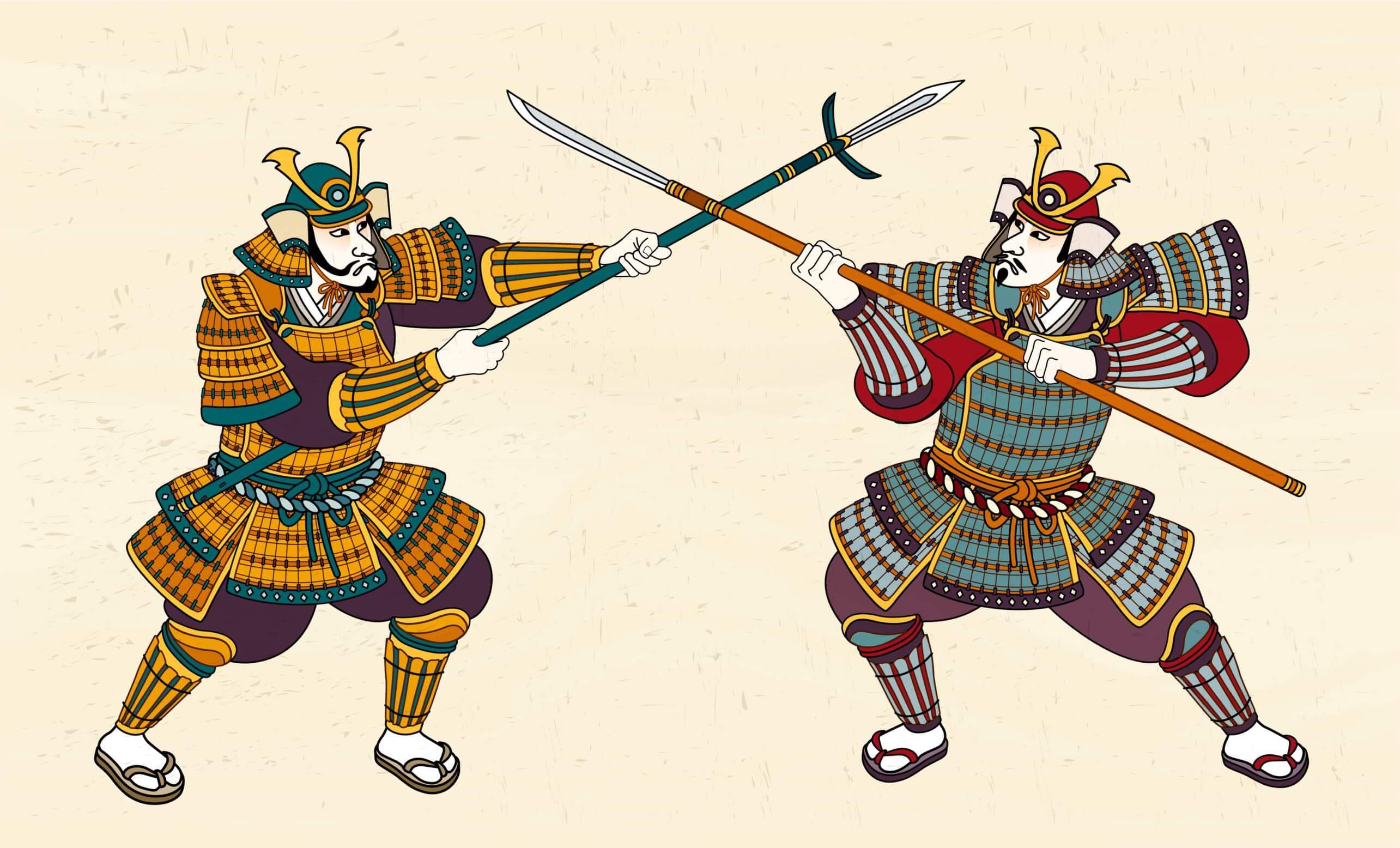 The first form of “samurai” dates back to the 8th century, specifically the Heian Period (794-1185), where they started as guards of wealthy landowners. The term “samurai” loosely translates to “those who serve.”

It wasn’t until the Genpei War (1180-1185) that samurai would gain more influence. The war, which was between two feuding clans, was resolved by one of the most famous samurai heroes in Japanese history, Minamoto Yoshitsune, who led his clan to victory. This led to the creation of the Kamakura Shogunate, a kind of hereditary military dictatorship, where political power shifted to the samurai.

Next came the Ashikaga Shogunate, which was another time of conflict among clans. This was until the divisive Onin War (1467-1477). As the Ashikaga shoguns’ authority weakened, local lords and their samurai stepped in to help maintain law and order. The right to wear katanas was limited to samurai in 1588. Though it was a privilege, this also alienated samurai from other classes. 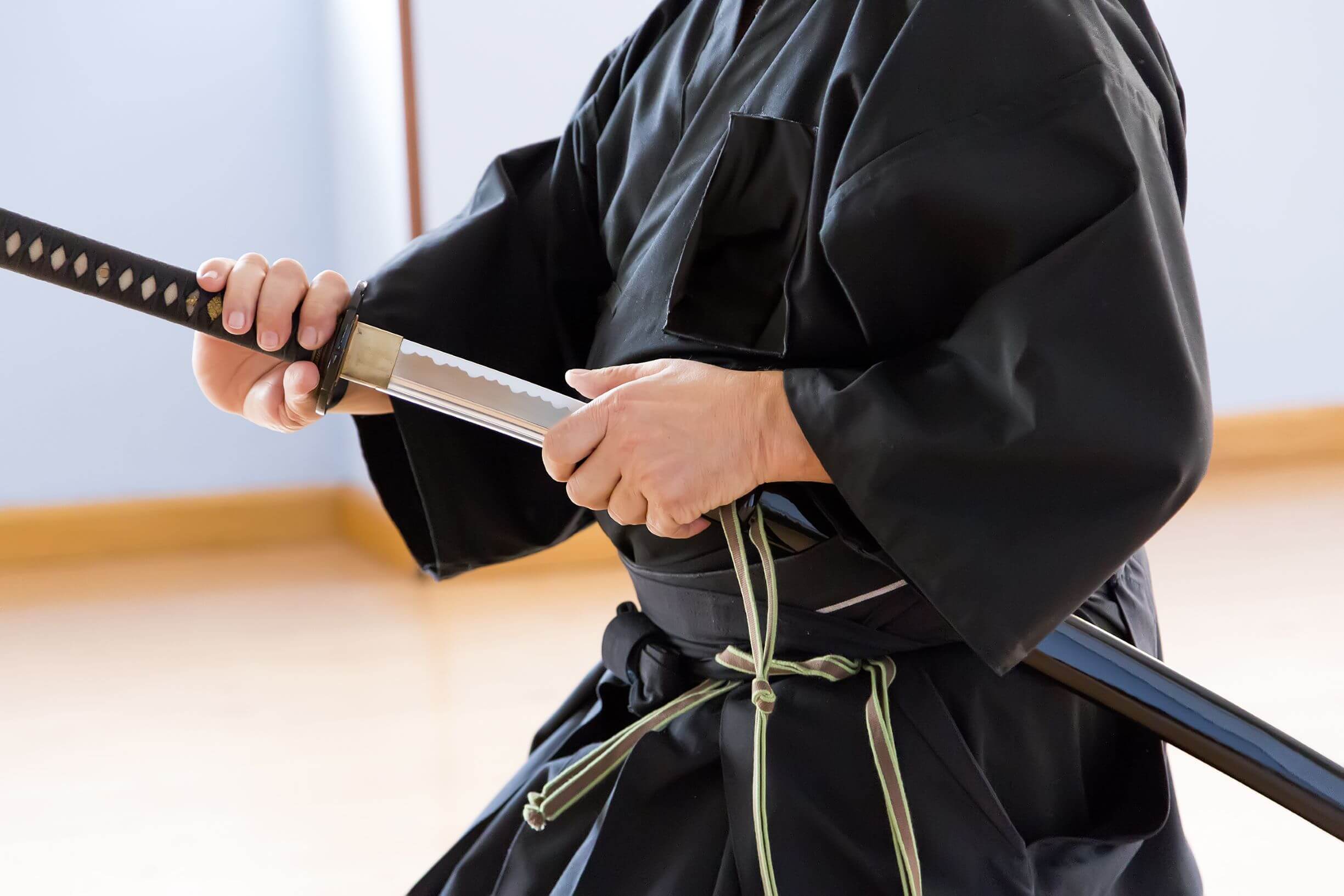 Japan was finally unified under the Tokugawa Shogunate (1603-1867), and the country enjoyed a period of peace for roughly 250 years. Many samurai adapted, governing through civil means as opposed to military force. As peaceful times endured, and the ability to fight became less important, many samurai became teachers, artists, or bureaucrats. Samurai became less wealthy during this period, since they had previously made their living on a fixed stipend from landowners.

The fall of the samurai coincided with the end of feudalism in the mid-19th century. The Meiji Restoration of 1868, led by Emperor Meiji, favored western-style conscripted armies. Samurai merged with another social class, becoming the shizoku, and their right to carry swords was revoked. The era of samurai was over. 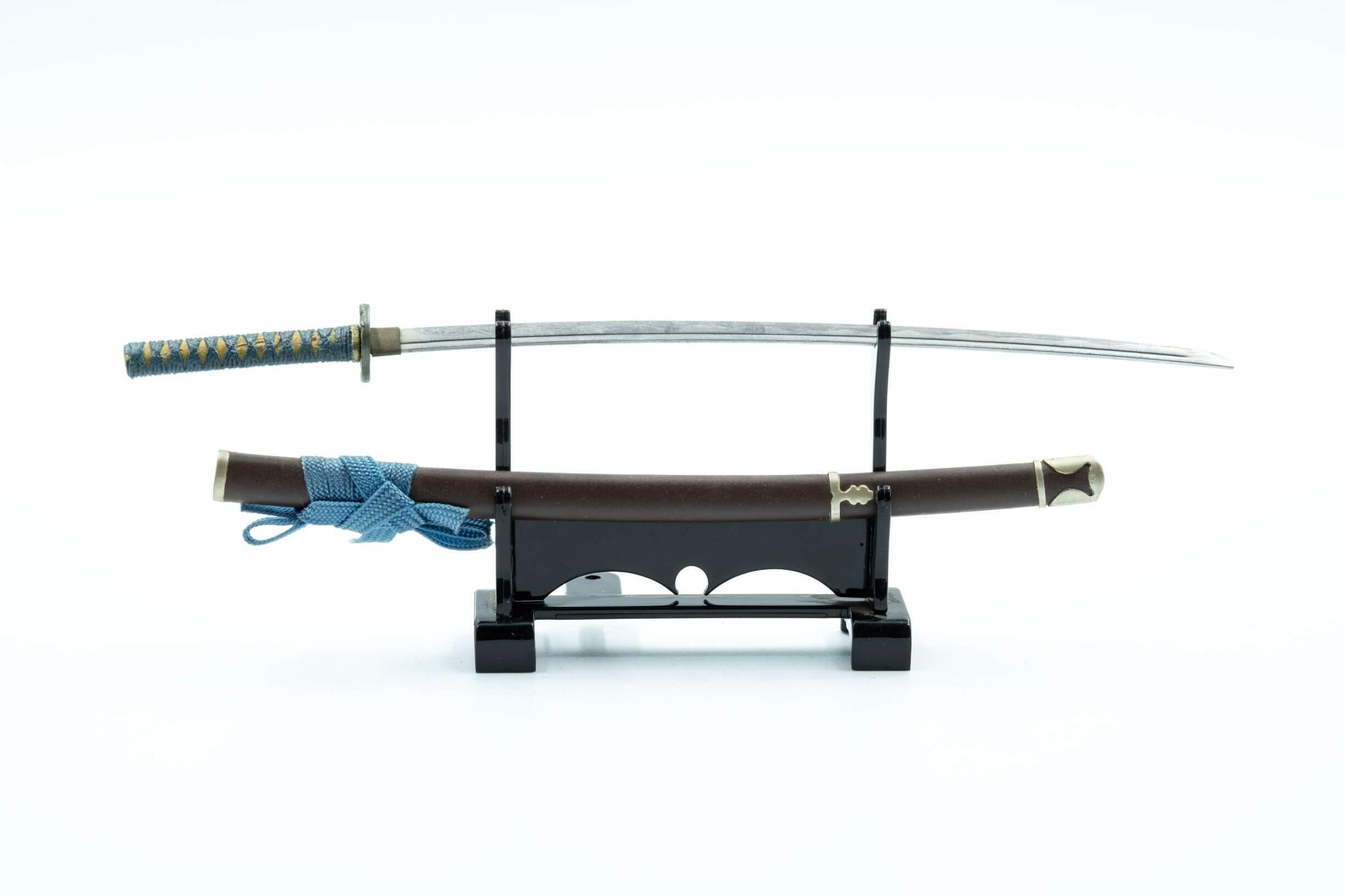 After the Genpei War, becoming a samurai was a desirable profession. Samurai training would typically begin early, with some children studying samurai philosophies, martial arts, and weaponry as early as 10 years old.

Zen Buddhism became popular among samurai during the Kamakura Period (1192-1333). The strict but simple rituals of the religion complimented the samurai’s code, also known as bushidō.

Bushi is a general word for a warrior, which is where the term bushidō comes from. The bushidō code, which literally means “the way of the warrior,” influenced a samurai’s everyday life. The samurais’ bushidō code were unwritten, unspoken rules that focused on discipline, honor, and morality. Bushidō would remain a general code of conduct for Japanese people in general, even with Japan’s later religious shifts.

In order to support a lifestyle built on disciplined mental and physical training, a samurai’s diet had to be healthy. They depended mostly on rice, but their diets also included miso soup, vegetables, fish, and could also drink sake. 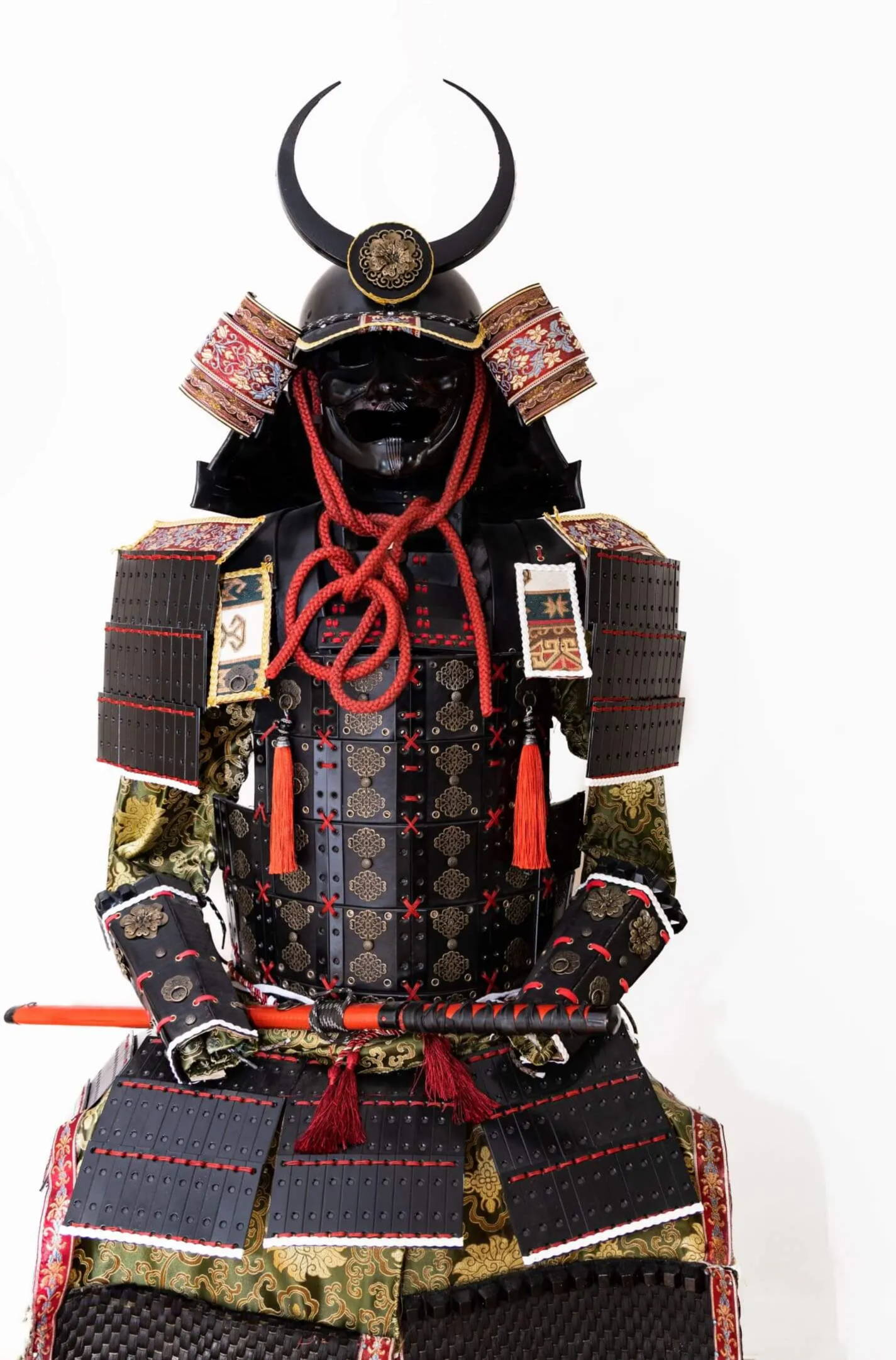 Samurai warriors had a distinct look as well. They typically wore tosei gusoku, or plated armor, and/or kimono-style robes. Kabuto, or combat helmets, were often worn during battles. These helmets protected the head and back of the neck. Kabuto, along with tosei gusoku, would become more decorated and elaborate as the samurai class’ power grew, with artisans crafting samurai armor to reflect a warrior’s status.

When it came to weapons, early samurai tended to favor spears, while samurai on horseback preferred bows and arrows. The katana—arguably the samurai’s most iconic weapon—is also known for its distinct appearance.

Katana were traditionally made from a specialized Japanese steel called tamahagane. “Tama” means "round and precious,” while “hagane” means “steel.” The swords were around 70 centimeters (27.5 inches) in length, and their single-edged blades were slightly curved and slender. A katana’s long grip was meant to accommodate two hands. A circular or squared guard typically protected a samurai’s hands and fingers. Finally, the sword was worn in a type of sash known as an obi.

A katana was not only a visual symbol of a Japanese warrior, it was culturally significant to the samurai culture. A man’s sword was a representation of his honor, and so—similar to the rest of a samurai’s armor—the craftsmanship of swords became more and more important.

A darker element of samurai culture was the ceremonial suicide, also known as harakiri. According to samurai philosophy, it was better to die with honor (by your own hands) rather than be defeated by the enemy. 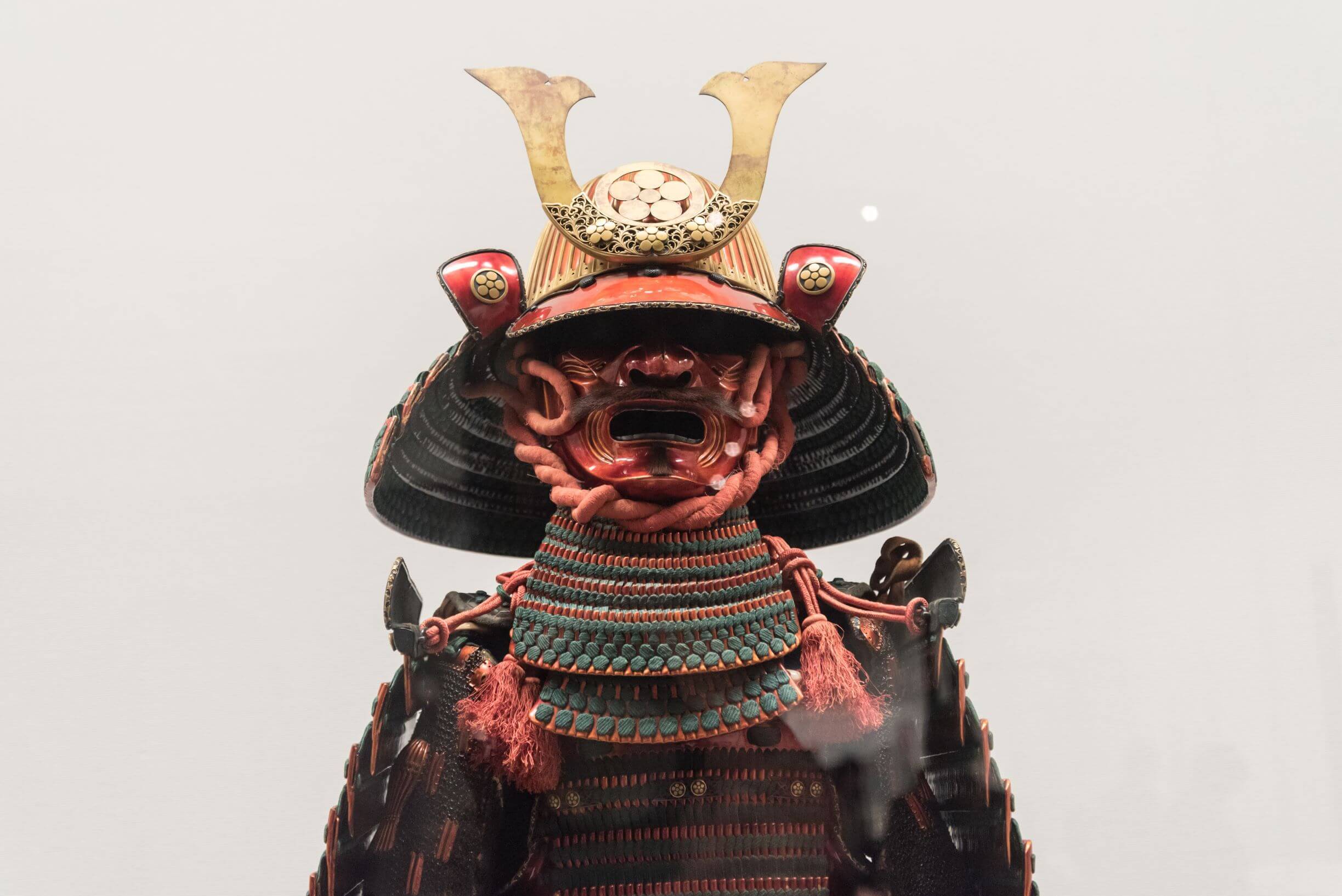 Arguably even more impressive than the samurais’ bushidō code and artful weaponry was their warrior status. Oral stories of samurai duels, battles, and conquests were eventually transcribed and became epics. Today, some myths are still told through Kabuki and Noh theater—as well as through modern media.

One such myth is the story of Miyamoto Musashi, who killed his first opponent when he was only 13 and would go on to fight in several battles without being harmed.

Tsukahara Bokuden, who is considered one of the most deadly samurai, fought in 9 duels and 37 battles. He later died undefeated, of natural causes.

Date Masamune, also known as the “One-Eyed Dragon,” supposedly took out his own eye to stop the spread of smallpox when he was a child. He would become a battlefield leader by age 14 and the ruler of his clan by 17.

With the popularity of these tales and modern samurai fiction also came a change in how samurai were perceived. As mentioned above, the famous katana was more of a status symbol than a favored weapon. Other misconceptions include the idea that samurai were loyal to the death, when historically there are many tales of samurai’s shifting allegiances that even change the course of history. 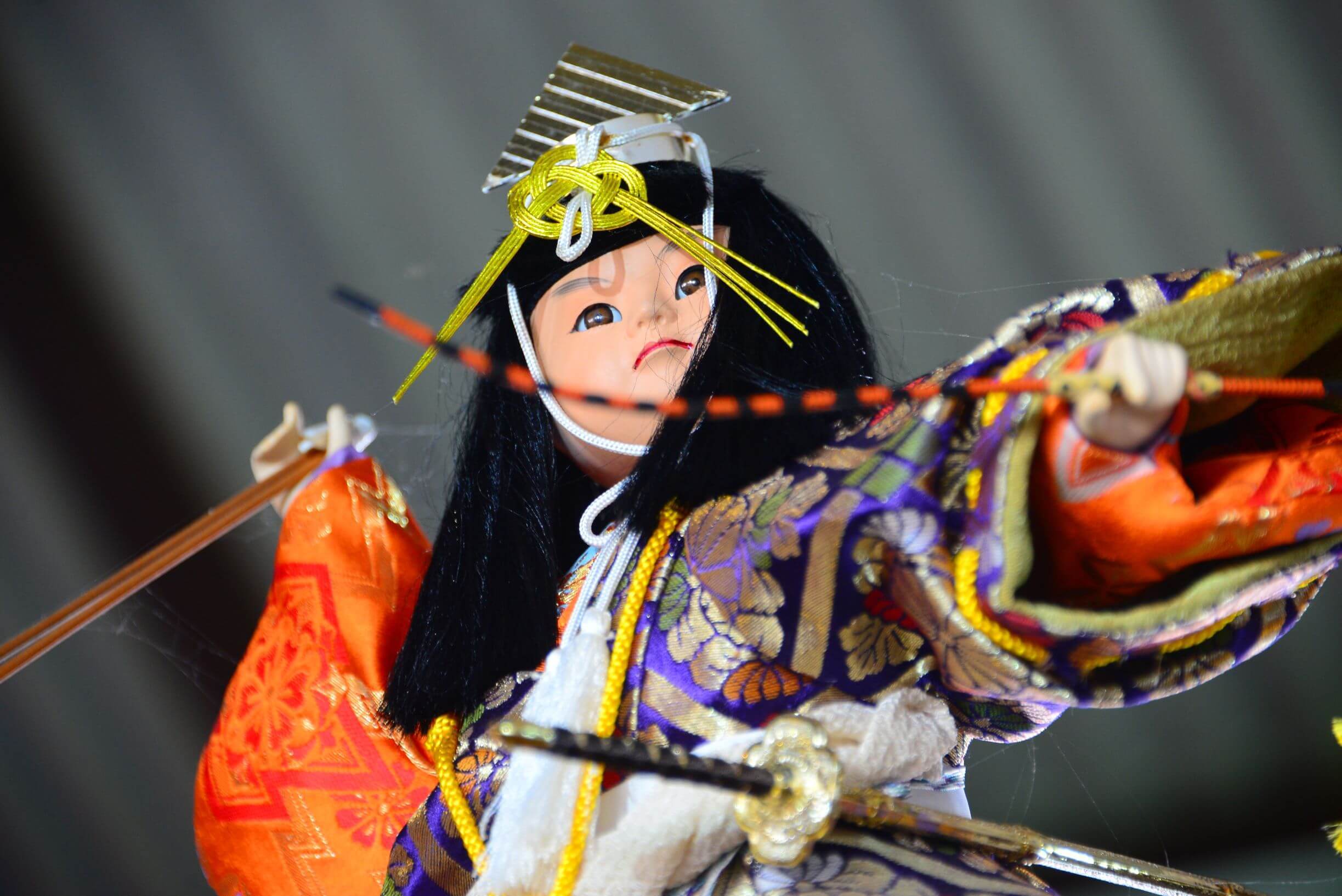 Another misconception is that all samurai were men. Though the vast majority were men, women could also become samurai, as in the case of Tomoe Gozen, a female samurai. She was known to lead armies, and, during the Battle of Yokotagawara in 1181, she supposedly took the heads of seven enemies.

Not enough can be said about the Japanese samurai. From their iconic look and accomplishments to the way they fought and lived, samurai still captivate the imagination. The fact that an 8th century warrior has remained relevant into the 21st century is a testament to their popularity. If you want to learn more about the history of samurai, checkout The Tale of the Heike. It’s… long, but is a record of the Genpei war and the rise of the samurai class.