If you want to explore big cities in Japan other than Tokyo and you love food, Fukuoka should be on your list. As one of the fastest growing cities in Japan, Fukuoka is as vibrant as Tokyo with the highest proportion of young people. Not only that, Fukuoka is full of specialty foods that are unique to its region. From yatai—Japanese street food stands—to 100-year-old bakeries, there are tons of food options you can choose from. We’re here to help narrow it down and share the must-try foods of Fukuoka. 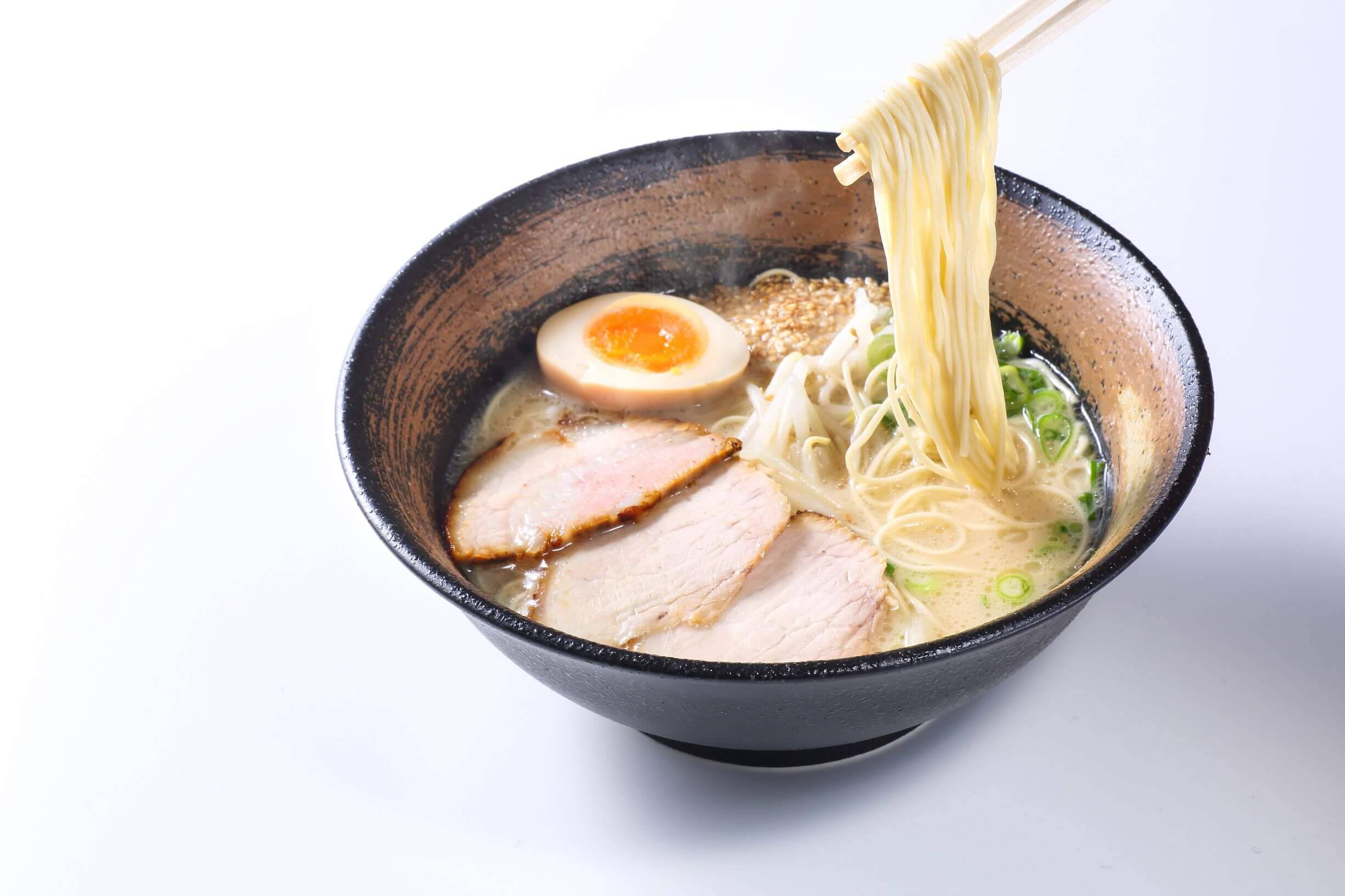 Hakata Ramen is one of the most popular types of ramen in Japan, famous for its rich and thick tonkotsu pork broth, which is made by boiling pork bones for a long time. Fukuoka is where tonkotsu originated from!

Hakata is another name for Fukuoka City ever since the two neighboring towns merged in the 19th century. Hakata ramen first started at yatai to serve workers quickly. To make it quickly, its noodles are thin and are usually futsuu, which is hard in the middle or yugetooshi, which is cooked only a little with steam. Then it’s served with slices of pork, scallions, garlic and hot broth that will eventually make the noodles softer. Don’t forget to try this with gyoza which is another of Fukuoka’s popular foods.

How firm do you want your noodles? 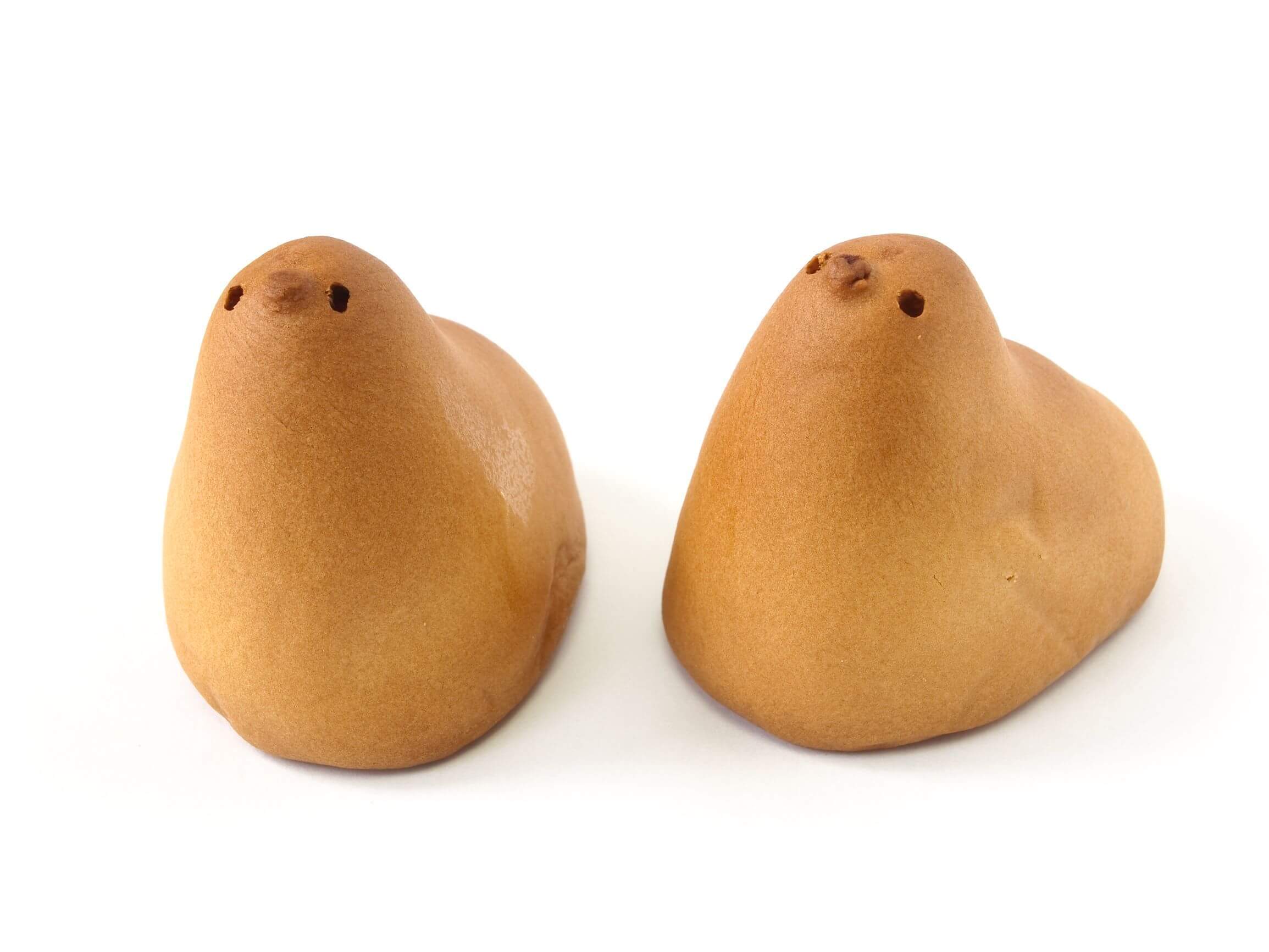 You might have seen a chick-shaped cute manju in airports in Japan or in photos online (they’re so cute!). This baked manju bun filled with white bean paste is one of the most loved wagashi in Japan. Although you can find it anywhere in Japan today, this Hiyoko Manju was actually born in Fukuoka in 1912! Because of its cute look and sweet flavor, Hiyoko Manju became so popular in Japan it’s still sold even after 100 years. Today, Hiyoko comes as cookies or in different flavors such as matcha and strawberry in different seasons.

Make sure to bring back the biggest box you can because they will be gone in a second, especially if you get Hiyoko Manju with Yame matcha from Fukuoka or with even the simple milk flavor. 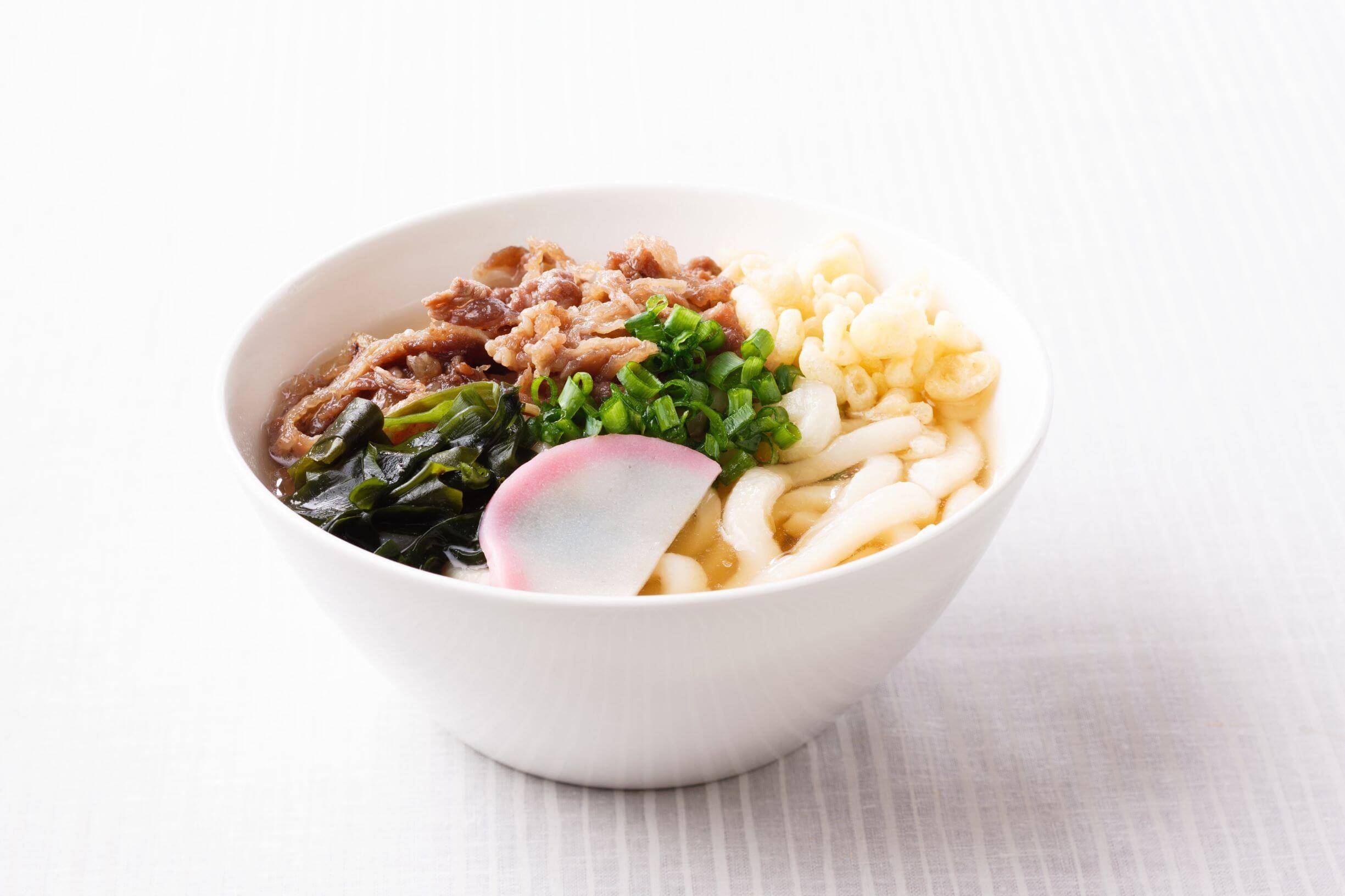 There’s a legend that says udon first started in Fukuoka by a Buddhist monk who came back from China. As udon’s legendary hometown, you can’t go wrong with a bowl of udon in Fukuoka although udon is now one of the most common Japanese foods today.

Udon in Fukuoka is a bit different from udon in other regions. The broth has a clean aftertaste without an overpowering flavor of soy sauce and is prepared in a double boiler so that the customers can drink the soup right when it’s served, without burning their mouth. The noodles are thick, but very soft rather than chewy because it is served by reheating the noodles that were previously cooked. 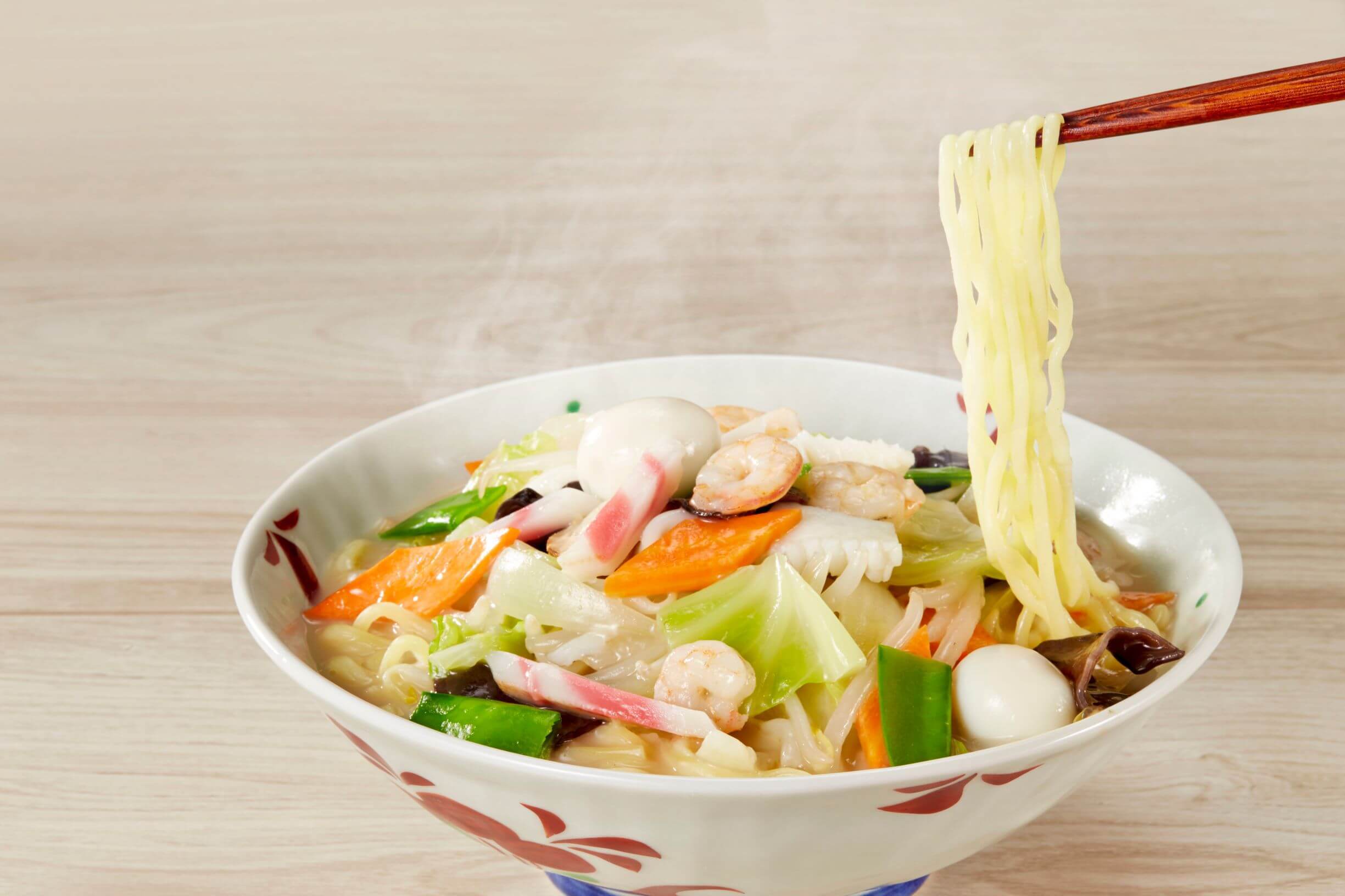 Located at the Southwest corner of Japan, right next to the sea, Fukuoka was one of the biggest ports in Japan that interacted with other countries in the past especially with China and Korea that are located right next to Japan. This allowed Fukuoka to develop a wide variety of food that is exotic yet unique to Fukuoka.

Nagasaki was a big port district in Fukuoka, and lots of Chinese people came to Fukuoka through this city. That’s how Nagasaki Champon was invented by an immigrant from China. Made with stir fried vegetables and seafood that were abundant in Nagasaki. This eggy pork broth noodle soup is now a must-eat food of Fukuoka. 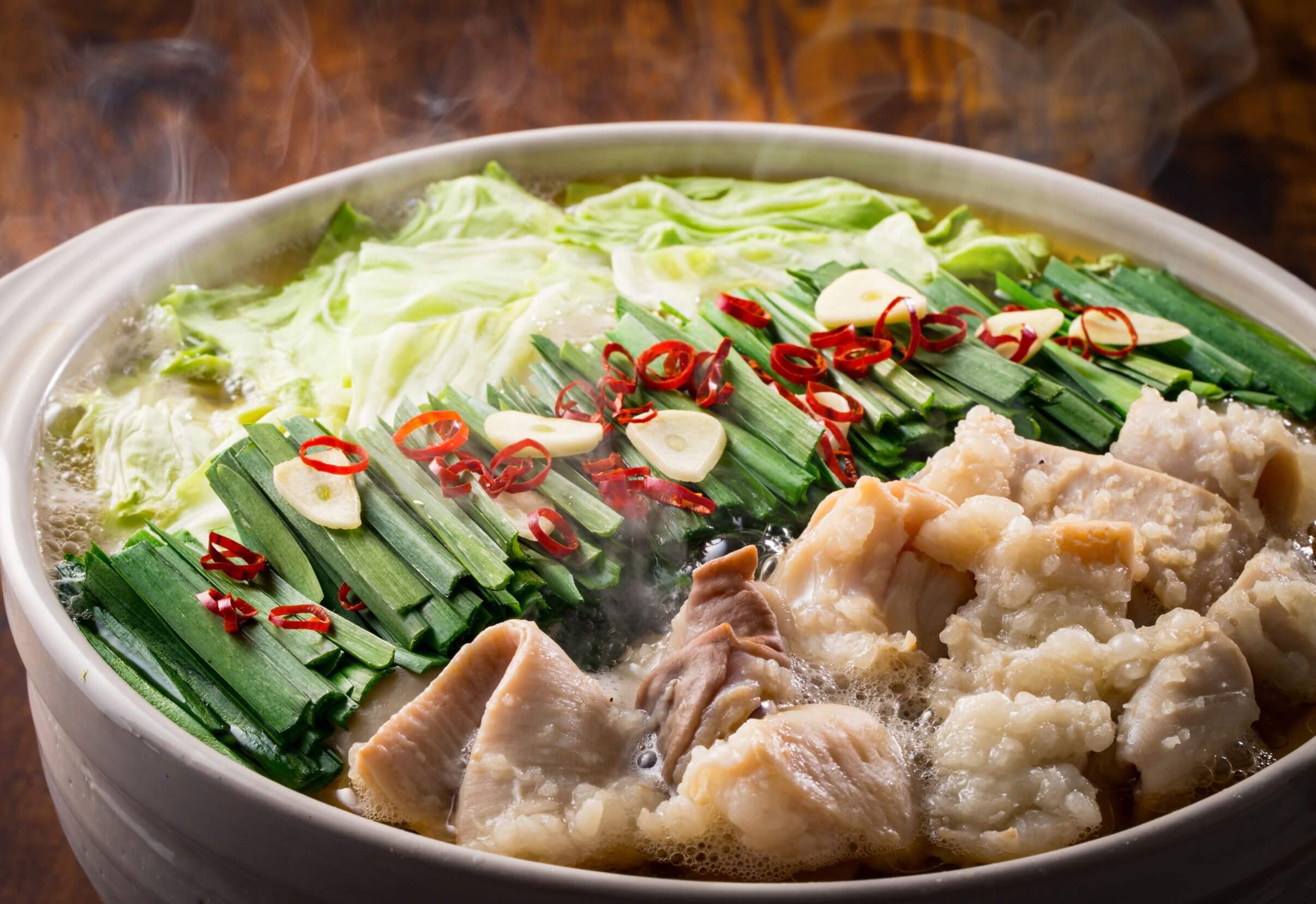 Motsunabe can also be credited to immigrants in Fukuoka. Coal miners from Korea cooked horumon (beef of pork offal in the Fukuoka dialect) with soy-sauce based broth, so it was called horumon nabe at first. Hotpot has been a popular dish in Japan since ancient times, but motsunabe became more popular after World War II, and as other regions started to enjoy it as well, its name was changed to motsunabe which is another name for horumon in different regions.

Today, motsunabe is now one of the most popular hotpots in Japan! It comes with different flavors such as miso and mizutaki as well. Boiled with lots of horumon, chives, cabbage and tofu, motsunabe has rich and delicious broth, so make sure to add champon noodles after you finish it to soak up every last drop of deliciousness (and make porridge afterwards even). 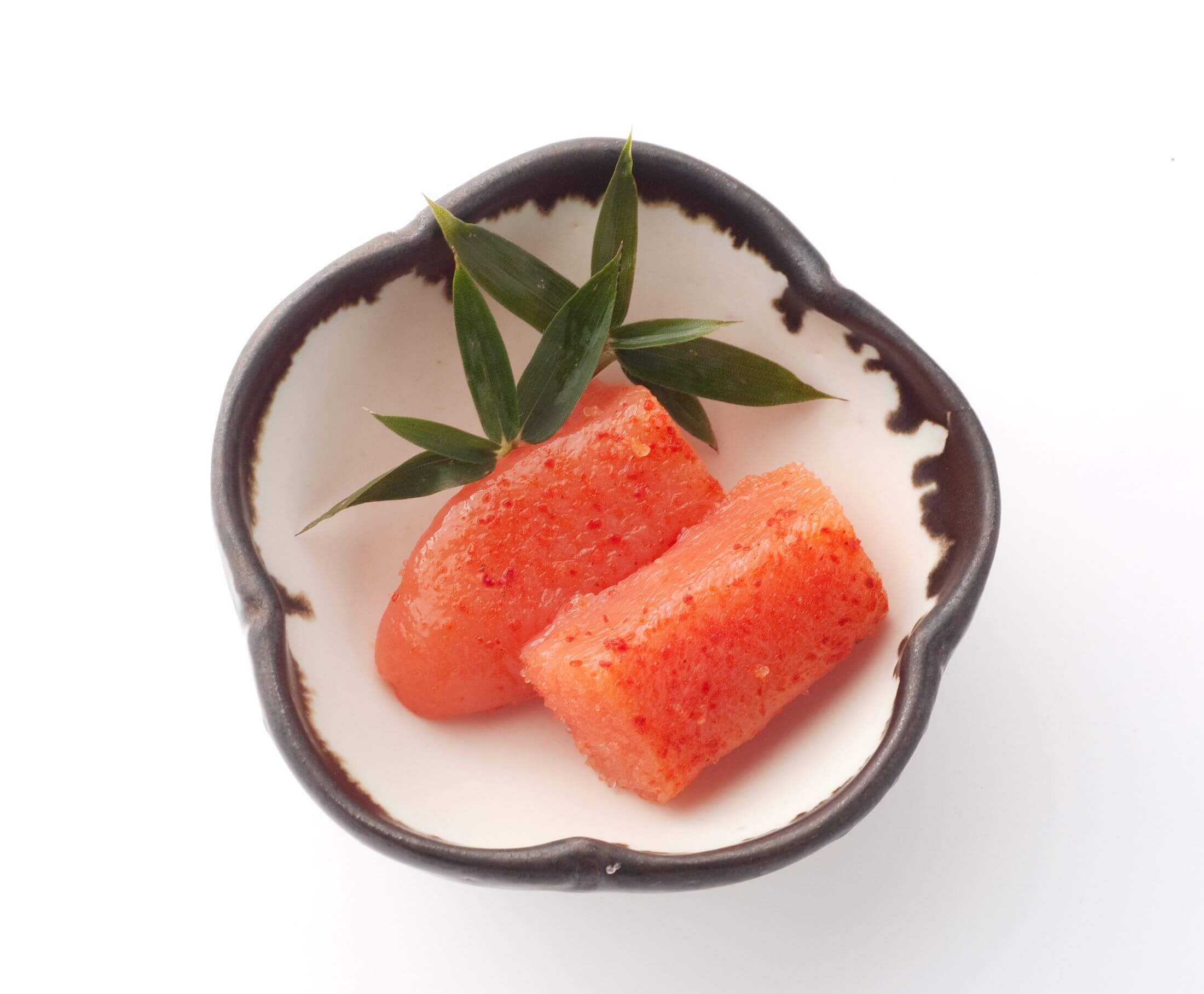 If you go to the basement floors of department stores in Fukuoka, you can find mentaiko everywhere. Mentaiko was first introduced in Fukuoka by a Japanese who was born in Busan, Korea. He recreated Korean salted pollock roe, myeongran jeot, in a Japanese version with mild and spicy (karashi) versions.

With its salty and buttery flavors, mentaiko is not only perfect for topping white rice, but is also enjoyed with pasta, udon, onigiri, and even snacks! 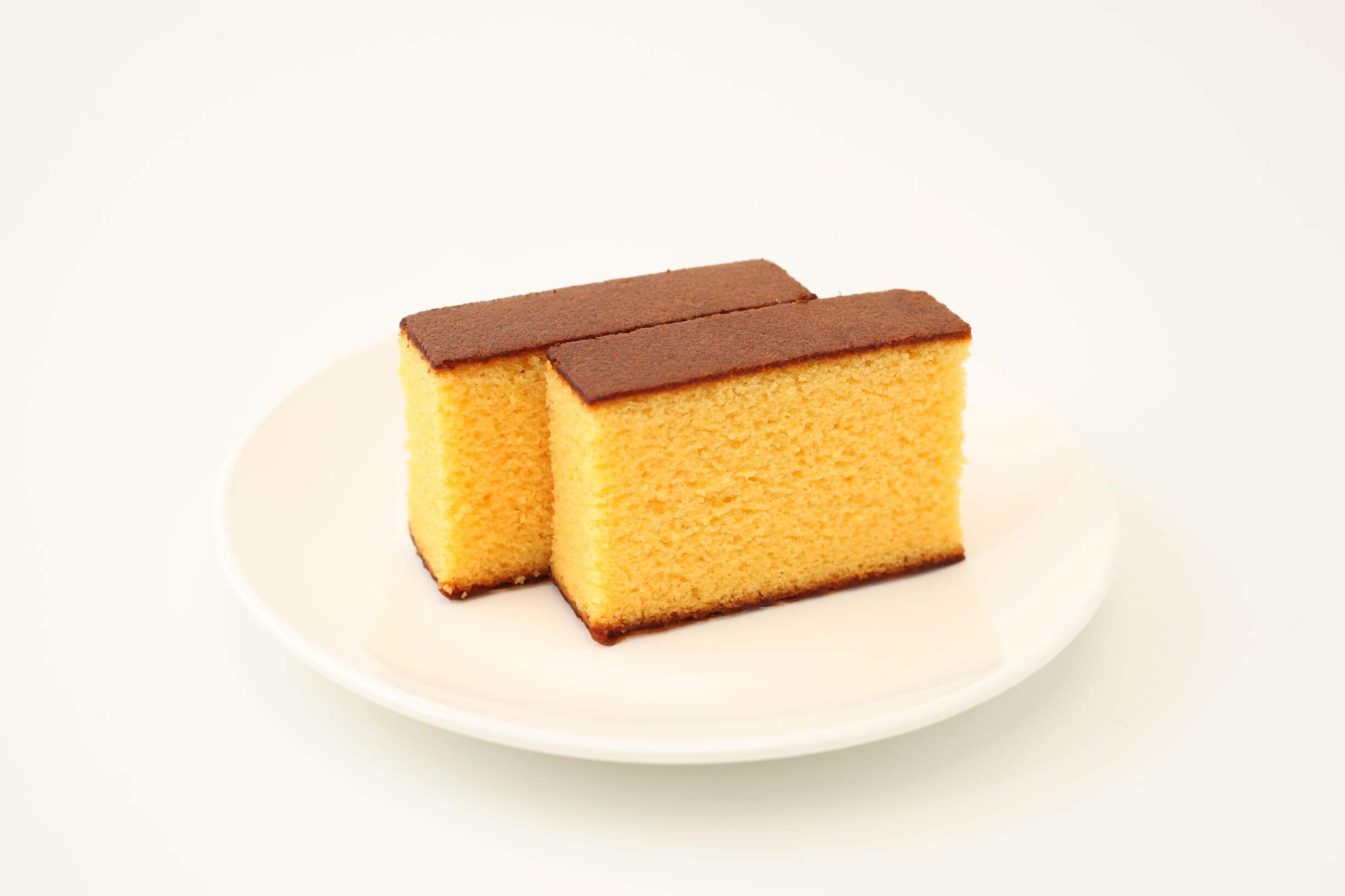 In the 1570s, Portuguese missionaries visited Japan through a harbor of Nagasaki to propagate Christianity. Japan eventually didn’t accept Christianity, but they welcomed Pão de Castela, a Portuguese sponge cake. Nagasaki Kasutera is unique from Portuguese or other Japanese Castella because it uses zarame sugar, a Japanese sugar that was plentiful in Nagasaki at the time. You can still find a 500 year-old kasutera bakery in Nagasaki!

Japan also invented kasudosu (sometimes also “casdos”), which is made by soaking Kasutera in egg yolk and frying them in syrup. Crispy on the outside, but soft on the inside, both Kasutera and kasudosu are well-known Japanese Wagashi today.

There are so many foods to try in Fukuoka, so plan your trip today! What is the one thing that you want to try the most?